The term renal tubular acidosis (RTA) is applied to a group of transport defects in the reabsorption of bicarbonate (HCO3 ), the excretion of hydrogen ion (H), or both. This condition was first described in 1935 (1), confirmed as a renal tubular disorder in 1946 (2), and designated “renal tubular acidosis” in 1951 (3). The RTA syndromes are characterized by a relatively normal GFR and a metabolic acidosis accompanied by hyperchloremia and a normal plasma anion gap. In contrast, the term uremic acidosis is applied to patients with low GFR in whom metabolic acidosis is accompanied by normo- or hypochloremia and an increased plasma anion gap. 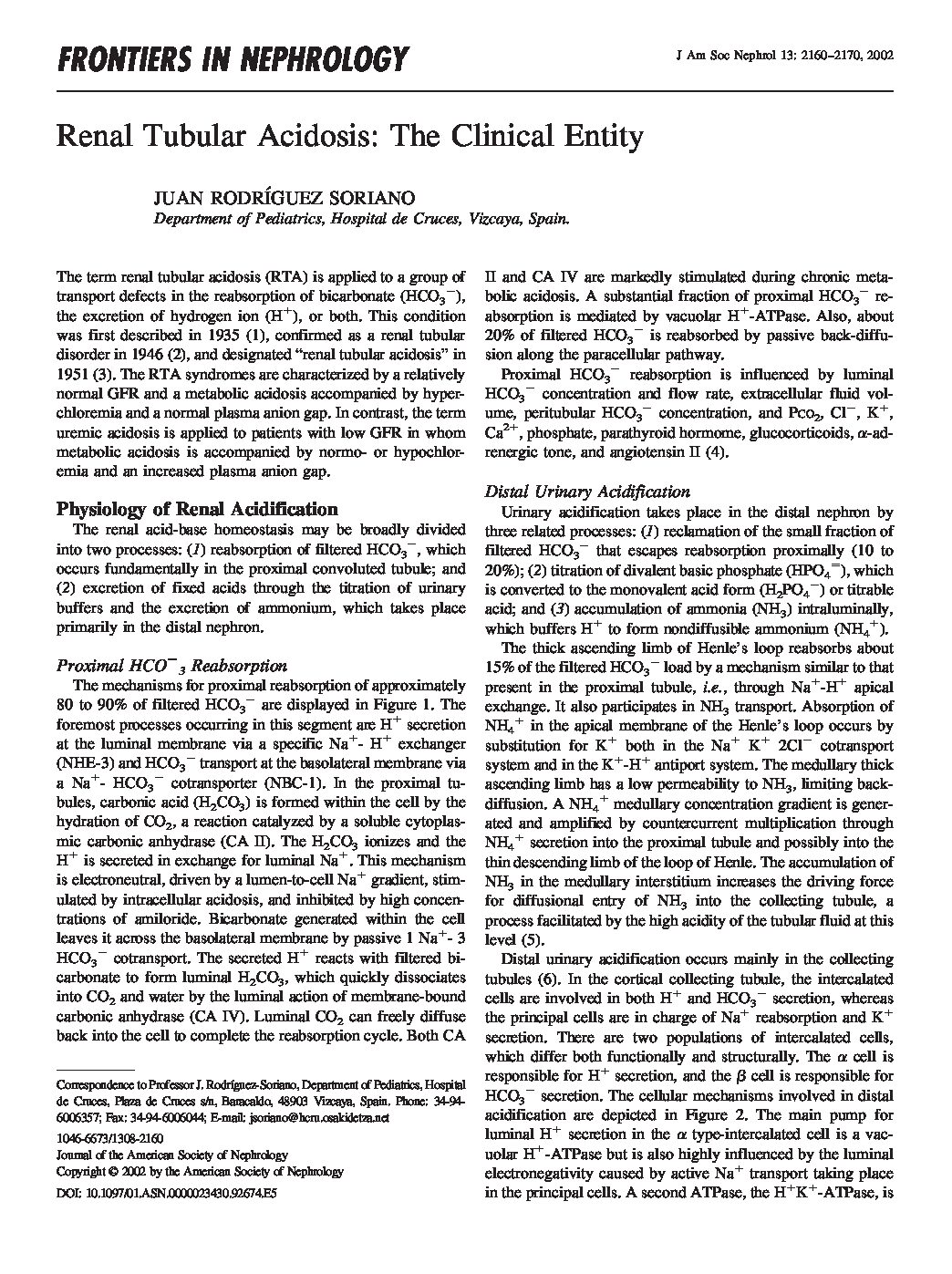