Calcium and Vitamin D Supplementation and Their Association with Kidney Stone Disease: A Narrative Review

Abstract: Kidney stone disease is a multifactorial condition influenced by both genetic predisposition
and environmental factors such as lifestyle and dietary habits. Although different monogenic polymorphisms
have been proposed as playing a causal role for calcium nephrolithiasis, the prevalence
of these mutations in the general population and their complete pathogenetic pathway is yet to
be determined. General dietary advice for kidney stone formers includes elevated fluid intake,
dietary restriction of sodium and animal proteins, avoidance of a low calcium diet, maintenance of
a normal body mass index, and elevated intake of vegetables and fibers. Thus, balanced calcium
consumption protects against the risk for kidney stones by reducing intestinal oxalate availability
and its urinary excretion. However, calcium supplementation given between meals might increase
urinary calcium excretion without the beneficial effect on oxalate. In kidney stone formers, circulating
active vitamin D has been found to be increased, whereas higher plasma 25-hydroxycholecalciferol
seems to be present only in hypercalciuric patients. The association between nutritional vitamin
D supplements and the risk for stone formation is currently not completely understood. However,
taken together, available evidence might suggest that vitamin D administration worsens the risk for
stone formation in patients predisposed to hypercalciuria. In this review,…. 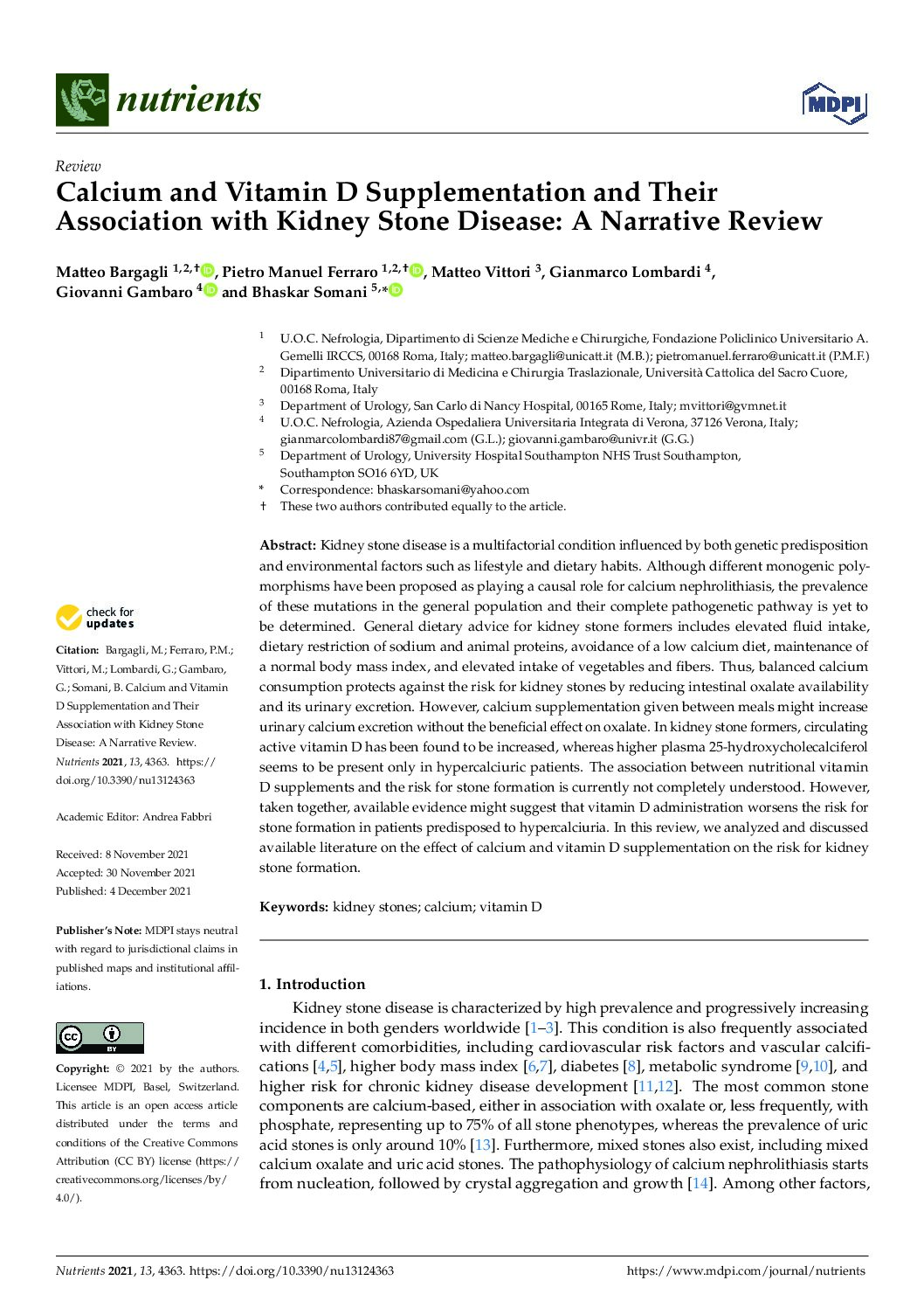