A 32-year-old truck driver had previously been treated with allopurinol because of hyperuricaemia and gouty =Protein consumption (g/day) arthritis. After having first formed a kidney stone at (adapted from [5]); age 20, he had passed calculi annually for 8 years before he finally underwent ESWL for bilateral radio- it amounted to 108.1 g or 1.25 g/kg BW per day. The opaque kidney stones. The patient, whose mother had patient’s daily intake of calcium from dairy products, suffered from renal stones, continued to live on a self- estimated by using a questionnaire based on tabulated selected diet, but considerably increased fluid intake. data of the calcium content of dairy products typically Three years later, after he had passed another stone, consumed in Switzerland [6], was 1240 mg/day. bilateral radio-opaque stones (3 stones on the right, 1 Treatment only consisted of dietary advice by a on the left side) were found on plain X-rays of the dietician who instructed the patient to reduce meat abdomen, and the patient was referred for metabolic protein intake to 5–7 servings per week, to lower evaluation of severe recurrent calcium stone disease… 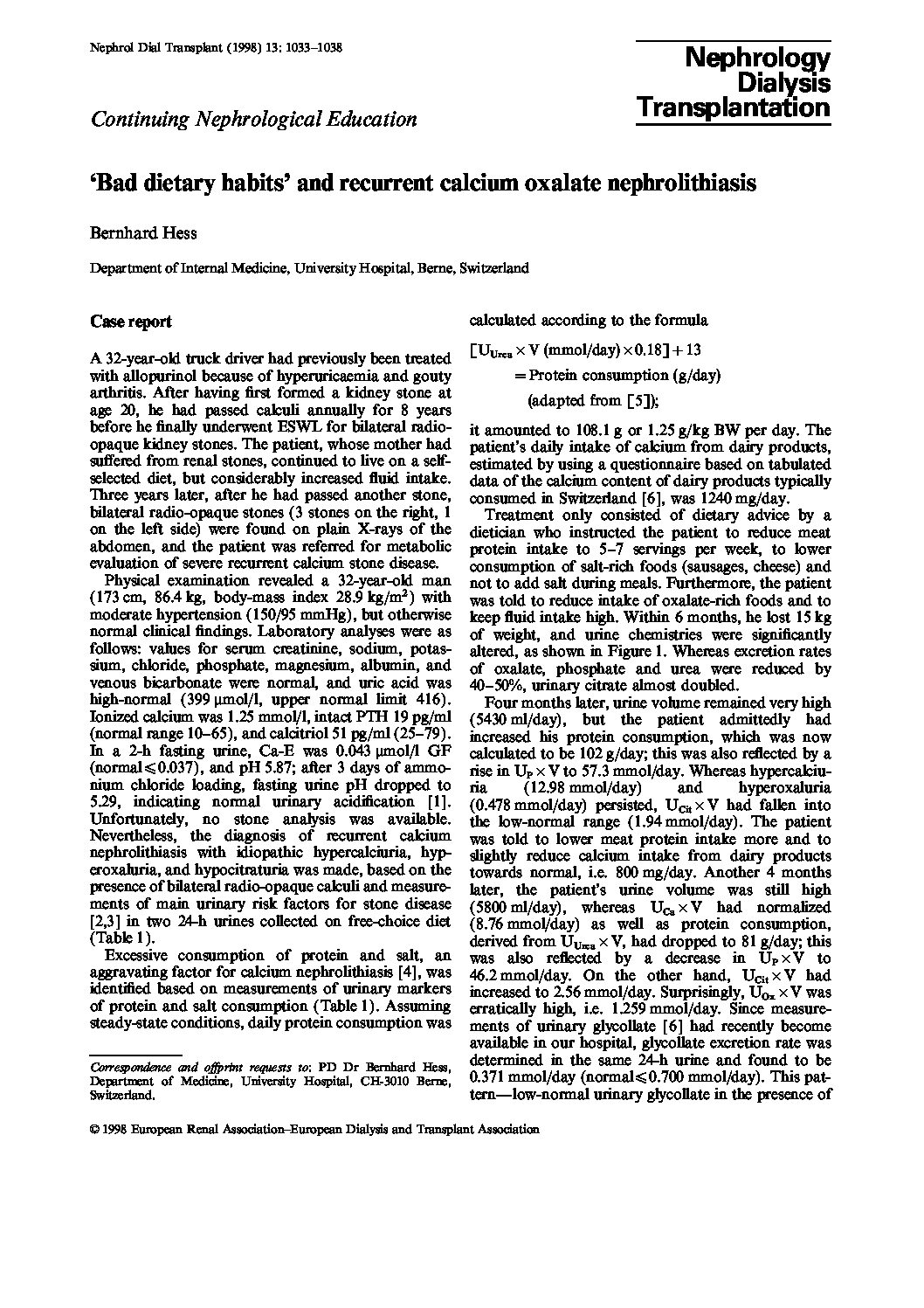